The Way I Became a Writer 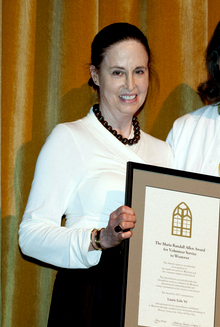 Driving home yesterday from a class reunion at the girls' boarding school I described in Westover: Giving Girls A Place of Their Own, I felt a sense of gratitude. It was where, as a teenager, I was able to daydream about the life I wanted to live, and by graduation I wanted it to be a writing life.

I had taken an inspiring elective called Creative Writing during my junior year, and before long what I was writing--mostly descriptive nonfiction--was being published in the school's literary magazine, named The Lantern for the light of learning, and I was seeing my first bylines.

The heart of the school is still a large lofty room decorated in crimson called Red Hall. It looks out into a courtyard, which is enclosed by a beautiful old quadrangle, and where apple trees are hung with lanterns decorated with ribbons in the spring.
Post a comment
Loading…}