I always wanted to be a writer.

First it was reading. I adored looking at picture books, even before I could walk or talk. The children's room in the neighborhood library in my hometown of Providence, Rhode Island, was a wondrous place for me. When I learned to read the wiggly black marks in colorful picture books, it was a revelation. I began to read all the time--especially children's biographies of girls who became famous.

I began writing as a schoolgirl, almost always about what had really happened rather than what I imagined happening. In high school I began keeping a writer's notebook in a creative writing class. It led in college to begin a personal journal, which has continued more or less until now, when it has again become mostly a writer's notebook.

My first job after college was working for The Providence Journal, where I got my first professional bylines for writing feature stories. After moving to New York City, I worked for Newsweek magazine before writing my first book, a biography of the iconic American painter, Georgia O'Keeffe.

After buying a house in a village in New England, and writing another biography, this time about sculptor Louise Nevelson, I began to write books drawing on my own experiences--like passing up motherhood, passionately tending a flower garden, and going to a traditional girls' boarding school in Connecticut.

Now, drawing extensively on my many journals, I have written a memoir, Writing Word for Word: A Writer's Life, which has been an extraordinary inner journey--full of memories, discoveries, and insights--which has enriched my understanding of the past and the present.

Besides writing nonfiction books, I publish essays, book reviews, and articles in newspapers, literary journals, magazines, and anthologies, such as Fourth Genre: Explorations in Nonfiction, The Journal of the Southwest, and From the Faraway Nearby: Georgia O'Keeffe as Icon. Book reviews have recently been published in Women's Studies and Woman's Art Journal.

I am a member of a long-standing academic seminar for biographers and memoirists, Women Writing Women's Lives, in New York City. Other memberships include the Authors Guild and PEN American Center. Awarded fellowships at writers' colonies, including the MacDowell Colony, I have also received recognition by inclusion in Who's Who in America.

I live with my husband, painter, and printmaker Robert Kipniss, in the hills of northwestern Connecticut. 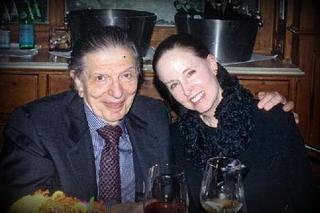