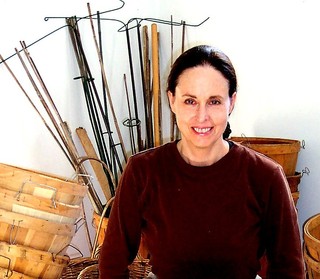 When starting a blog, I wanted to get some inspiration and historical perspective from Eleanor Roosevelt's popular "My Day" column, which she began as First Lady in 1936. The technology was vastly different then - her columns were syndicated in newspapers - but her impulse as a blogger was not.

In less than an hour she wrote five hundred words six days a week for almost three decades. Her voice is frank and natural, and her idealistic and compassionate personality shines through. Writing more about her public than her private life - her outrage at violations of human rights, for instance - she also expressed her pleasure in gardening and family gatherings as well as her embarrassment at her foibles, like losing her driver's license after going through a stop sign.

So now I am ready to begin