How Long Do Writers Write? 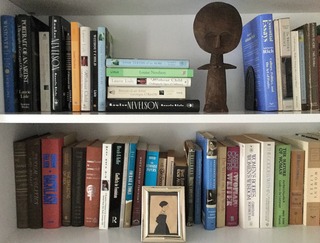 We now have an inkling about how long writers write, thanks to Emily Temple, a senior editor at Lit Hub, who examined the publishing histories of eighty authors.

Poetry books were published earliest, starting with Vladimir Nabokov at 17 and Adrienne Rich at 22. Memoirs naturally came later, like Eudora Welty's One Writer's Beginnings, published when she was 75, while Ursula K. Le Guin and Jean Rhys fiinished memoirs in their eighties.

Lengths of everyone's careers averaged 34 years, with men lasting five years longer than women. Fame was often unrelated to longevity; Jane Austen's novels were published within six years, while Sylvia Plath's appeared within only two years. Others including Lessing, Rich, and Nabokov were lucky enough to publish for half a century or more.

Since I, like most other writers, wish I had written and published a little more, it was heartening to learn that I am doing just fine. At 37, a little late, I published my first book, but at age, well, never mind, my memoir is still to appear, so I am writing longer than many others.

Of course there's a big difference between writing and publishing. Writers rarely stop writing, whether it's letters or journals, essays or articles, or unfinished books. Nonetheless, the Lit Hub editor has given us a fascinating peek at how long we go on.